An animal advocate from Memphis and a Louisina-native who bleeds purple and gold, Katie Pemberton and Kelli Eason are our final “getting to know Obsidian” entries. Both are equally as passionate about PR as they are about their personal loves for animals and football. 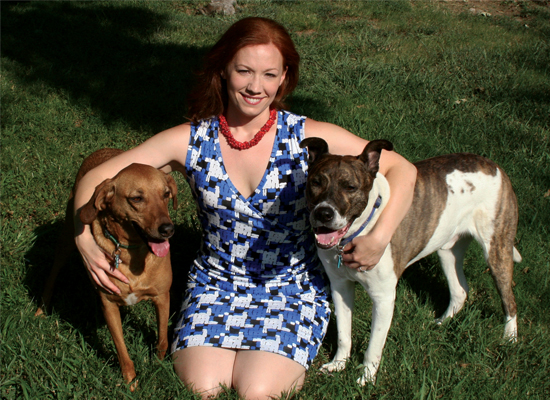 Hometown: Millington, Tenn.
College: Lambuth University (now The University of Memphis at Lambuth)All-time favorite restaurant:
Imagine Vegan CafeFavorite thing to do in Memphis:
Spend an hour or two with my dog on a beautiful spring or fall day at the “big girl” dog park, as we call it, at Shelby FarmsWhat is your favorite cause?
Humane Society of Memphis & Shelby County, which rescues and rehabilitates injured and abused pets in our community, and Mercy for Animals, a national nonprofit dedicated to preventing cruelty to farmed animals and promoting compassionate food choices and policies.Favorite Facebook page and Twitter account:
Facebook: Humane Society of Memphis & Shelby County
Twitter: @azizansari

How old were you when you got your first cell phone?
I think it was when I graduated high school.

Favorite pastime:
Curling up with a good book or finding a new (or new to me) series on TV to waste entire weekends on.

If you could go back in time and live during a different era, which would you choose?
I am fascinated by “the olden days,” but I definitely don’t buy that they were the “good old days.” It seems to me that in the “good old days,” a lot of people got hung without trials, sold as property, set on fire for being “witches,” women were their fathers’ and/or husbands’ property, and it wasn’t OK to stand out or be different. I’d like to visit lots of times from the 1800s on up, but the thought of living in them is terrifying. I think we are living in the best time right now.

What was your first paying job?
I worked in a florist as an assistant. To this day, the smell of oriental lilies makes me ill.

If your life had a soundtrack what song would you pick for it?
Definitely “Oh Happy Day” as performed by the St. Francis High School Choir (from the CLASSIC “Sister Act 2: Back in the Habit”)

What TV show are you embarrassed about watching?
“Toddlers & Tiaras”! I need it to remind me that I’m a really good person, relatively speaking.

What was the first concert you went to see?
Randy Travis

If you were an Olympic athlete, in what sport would you compete?
I am really sad that it’s too late in life for me to be a gymnast. I can vault and tumble only in spirit.

What is the most disgusting thing you have ever eaten?
Olives. They taste like death. And I hate sushi a lot.

If you could have a drink with someone from, history who would it be? 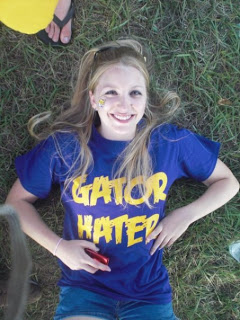 Hometown: Lake Charles, La.
College: Louisiana State University
All-time favorite restaurant:
Darrell’s — in my hometown of Lake Charles. They have the best po-boys, and I make an effort to go there whenever I’m home.Favorite thing to do in Memphis:
Go to festivals…I love when something like Cooper-Young Beer Festival, Hot Wing Festival, Memphis in May, Italian Festival or another is going on.What is your favorite cause?
Youth development (I’ve volunteered as a one-on-one mentor and as a youth cheerleading coach).
Favorite Facebook page and Twitter account:
Facebook: tie between Memphis (I Love Memphis)
and LSU.
Twitter: tie between @mashableand @mentalfloss
How old were you when you got your
first cell phone?
17
Favorite book: 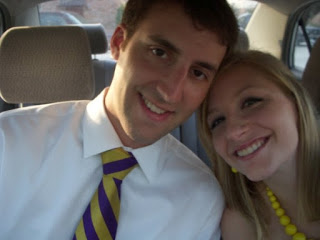 “The Giver”
Favorite pastime:
Family Christmases — or any huge family gathering, really. We have weird traditions like Dirty Santa on my dad’s side (which my uncle always throws a wrench into) and
bonfires/skeet shooting with my mom’s side.

First car:
2000 Saturn something. It was a five-speed manual and didn’t have power locks or windows!

If you could go back in time and live during a different era, which would you choose? 1950s…provided I still get central A/C in my house. 🙂

What was your first paying job?
Babysitting, if we’re getting technical, but my first real job was an aid at St. Luke-Simpson Preschool for the 2 to 5 year olds.

If your life had a soundtrack, what song would you pick for it?
Glee-style mashup of “Proud Mary” and “Louisiana Saturday Night” on a loop with “A Southern Thing” by Better Than Ezra (changing the male Kelly in the song to a female Kelli, of course).

What TV show are you embarrassed about watching?
“Teen Mom” 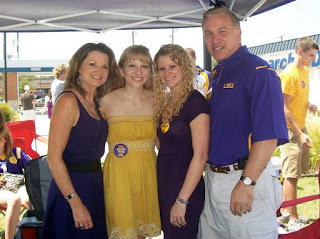 What was the first concert you went to see?
I honestly cannot remember. I do remember being really upset that my mom wouldn’t drive us to Houston or New Orleans to see ‘NSYNC, though.

If you were an Olympic athlete, in what sport would you compete?
Ideally, gymnastics. Realistically…maybe I could get good enough at curling or racewalking to have a legitimate shot!

If you could have a drink with someone from history, who would it be?
Walt Disney and/or Milton Hershey

If you could live in any other country for two years, where would you go?
One of the places on my bucket list — Thailand, Singapore, Greece, Spain…Bora Bora.