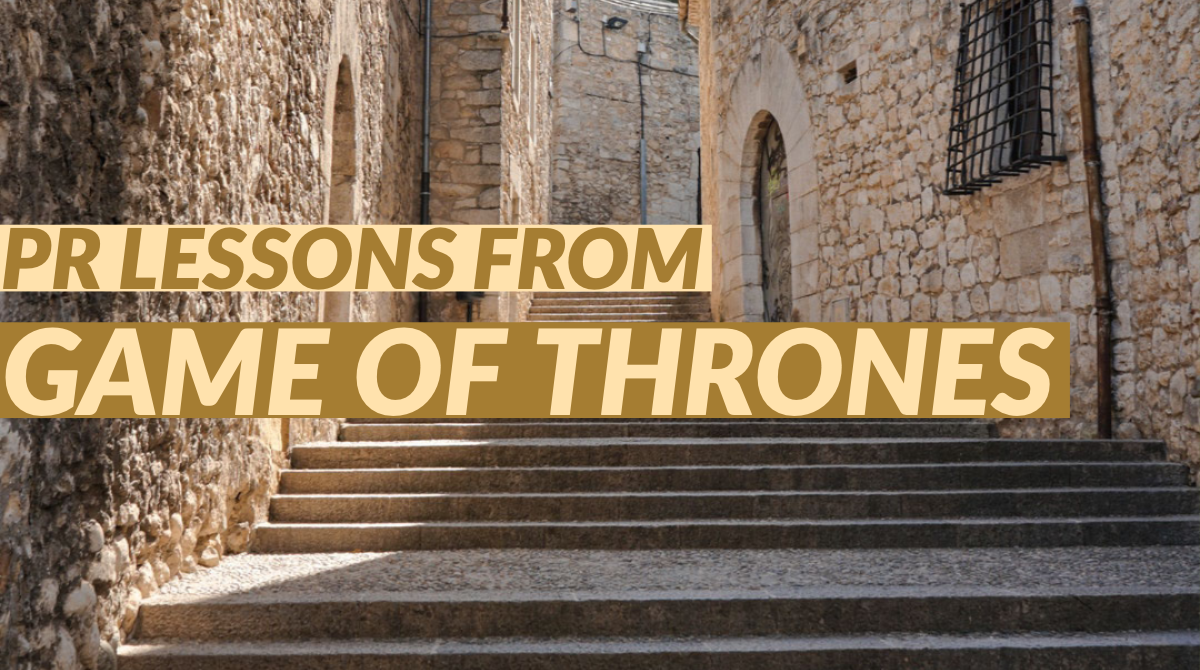 I’m eight years late, but I started bingeing Game of Thrones in late April. I’ve absorbed six seasons worth of content in six weeks, and needless to say it’s taken over my life. My dog is now the self-proclaimed lady of our neighborhood, and I honestly have considered learning Valeryian.

I’ve wept for characters I loved, cheered as the villains fell, and have been majorly impressed with the PR prowess and blunders along the way. There’s a lot we can learn from Thrones, but here are a few highlights in honor of the show’s recent finale.

*SPOILERS AHEAD* I won’t tell you who ends up on the Iron Throne, but you might learn about a premature death, or 12.

If you don’t want everyone to know something, don’t tell anyone. One thing is abundantly clear throughout this show: No one but Eddard Stark can keep a secret. Varys’ little birds deliver secrets on a nearly hourly basis, everyone is sending confidential notes via raven (you’d think after 40 of them were shot down and recovered that they would be less trusting), and Sansa can’t wait to spill any tea that lands in her cup. Heck! Even Jorah was giving the Lannisters the deets about Dany from the jump (we forgive you, Jorah the Andal)! If your company does not want the public to know about an upcoming announcement, new product, crisis or general news, don’t tell a soul (ahem, except your PR firm).

Before you promise something, make sure you can follow through. Raise your hand if you were personally victimized by the Red Wedding . I LIVED for the King and Queen of the North, but I wish Robb would have followed through with his promise to marry the ultimate curmudgeon Walder Frey’s daughter. The entire Stark house and many houses of the North learned a valuable lesson that evening – if you can’t follow through on a promise, don’t say that you will.

Public relations is valuable when trying to create advocates. Daenerys won the loyalty of the Unsullied, the free people of slaver’s bay and the Dothraki (probably more, but I’m only at season 6 episode 9) with some amazing speeches and a little bit of fire. I’d call these grassroots PR tactics. She knew what the people needed to see and hear to become her followers, and she gave them what they wanted to help her reach her ultimate goal.