While crisis communication has been around much longer than social media, there’s no doubt that the two go together like peanut butter and jelly in terms of satisfying audiences’ hunger for information when a crisis rears its ugly head. And, it’s not hard to find examples of companies effectively using social media in times of crisis, as well as of those falling on their faces. One possibly less-known success story for using social media effectively in a crisis is how the Memphis Zoo navigated the escape of a crazy (and cute) little monkey named Zimm.

The 3-year-old Sulawesi crested black macaque managed to escape her enclosure and went on a brief tour of the Zoo before finding refuge in its underground system of drainage tunnels. Her adventure was caught on video by Zoo guests and posted to social media, which quickly went viral. Before long, news media began arriving at the scene to capture the story.

So, what was the Zoo’s first step in the right direction? Immediate, thoughtful action and response.

While Zookeepers were rapidly mobilizing to ensure the safety of Zimm, the Zoo’s communication team jumped to the front of the line to address the situation with the media, which was a vital step in influencing the inevitable social media story. As noted by Robin Leonard, CEO of AFDigital, in an April 13, 2016, article on MarketingMag.com, the news media has a significant influence on the spread of news through social media. He states: “The common catalyst for a social media crisis is often a news channel or influencer with significant reach that posts on the topic. Often, the crisis will first be visible online hours before anybody starts talking about it, but as soon as a major news outlet shares it, it tends to accelerate.”

The Zoo’s being particularly transparent with and available to the media in this crisis ensured that the news dispersed through influential channels would be accurate and provide a continual update for the concerned public.

It was someone outside of the organization, however, who quickly took over the conversation on Twitter with the creation of @Zimm901. While this can (and does) happen often – someone creating an unofficial account to take advantage of a trending story/topic – it can be more of a headache than a helpful part of a 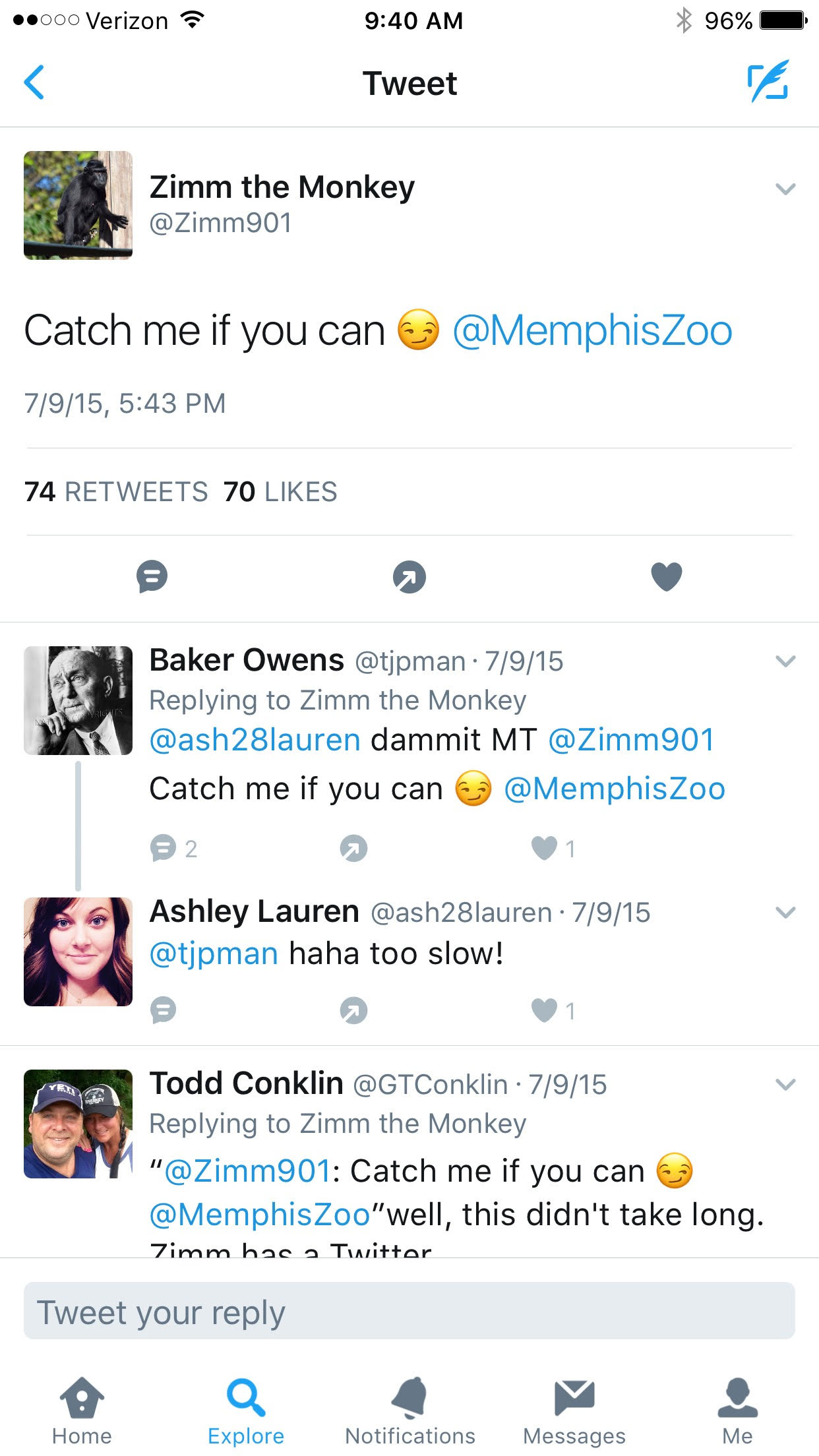 ny crisis communication strategy. In this case, the creator of @Zimm901 fortunately had a very playful, sassy and pro-Zoo tone that worked to the Zoo’s advantage.

Another part of the story that worked to the advantage of the Zoo was the safe return of Zimm only 24 hours after her escape. While her adventure playfully unfolded on social media and in the news media, there came a point at which nervousness began to brew for all watching, including Zoo officials. What if Zimm couldn’t be lured out of the tunnels? A major risk involved in this type of transparency and open communication through a crisis situation is the potential for a not-so-happy ending – one that will play out publicly.

Precautions were taken to ensure Zimm couldn’t escape the confines of the Zoo’s underground system (outside of the Zoo), but she would have to emerge from the culvert where she had taken refuge in order for them to rescue her. There were several possible scenarios that were discussed and prepared for, but luckily, she emerged after finally caving to the lure of her favorite snacks – apples, bananas, strawberries and peanuts – which Zookeepers had been waving to her for hours.

As closely as the media had covered her escape, thanks to the proactive measures of the Zoo’s communication team, they were eager to share the positive news of her safe return. Even CNN shared the good news – and what did they include in their story? Tweets from both @MemphisZoo and @Zimm901.
Not only was @Zimm901 helpful to the Zoo during Zimm’s fiasco, it created an opportunity for the Zoo to carry on her story. At the time of her escape, Zimm was the only Sulawesi crested black macaque at the Zoo. However in 2016, she was moved into a new exhibit with six more of her kind that recently transferred to Memphis from the Buffalo Zoo in Buffalo, New York. 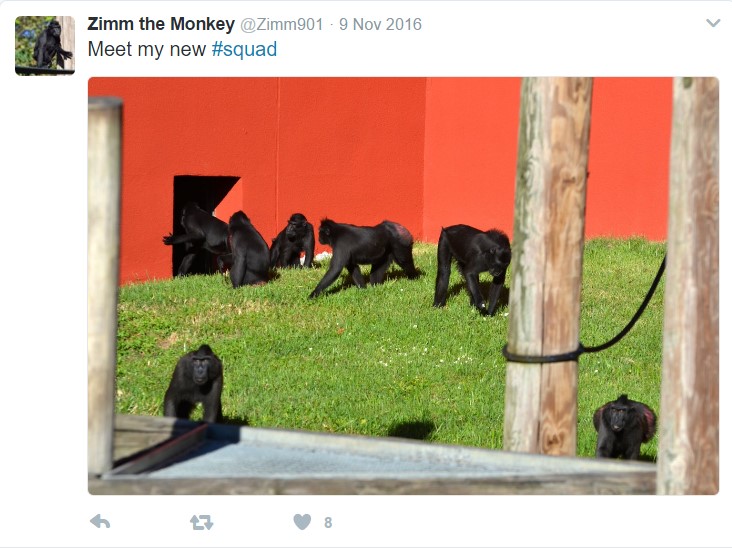 In 2016, @Zimm901 also inspired the Zoo’s @Hippos901 account. The account features the “voices” of the Zoo’s hippos, Binti and Splish, and primarily promoted the opening of their brand new home, the Zambezi River Hippo Camp.
So, while social media certainly provides an obvious platform for self-promotion, brands are now more aware than ever of the opportunity it provides for communication during crisis. The key to success is in being proactive, transparent, relevant and responsive.