Being raised in Memphis throughout the ‘80s and ‘90s, I watched in plain sight the evolution of our city’s landmarks and amenities. Mud Island Park lost its luster, and Peabody Place opened and shut down in the blink of an eye. On the other hand, in recent years, several new events have put Memphis on the map, like the transfer of the Grizzlies franchise, the opening of the Harahan pedestrian bridge and the relocation of two lovable pandas to the Memphis Zoo.

However, if I had to choose one thing that makes me reminiscent of my childhood in Memphis, it is the malls. Anyone who grew up in this era knows that shopping malls were the place to see and be seen. Just reference films like Mallrats and Clueless. Malls back then were not a superficial place to burn your credit card. They offered a place for gathering and a sense of community. Memphis shopping malls were no exception.

In my toddler years, the Hickory Ridge Mall in East Memphis was my favorite destination. Not because they had some of the best stores in the city at the time, but because of its gorgeous carousel. I was dazzled by the music and its bright lights. I was hypnotized by its repetitive motion. The Hickory Ridge Mall was where my parents and grandmother would take my brothers and me on weekends to kill some time, and our visits were always expected to conclude with a ride or two on the carousel.

The now-defunct Mall of Memphis also has a soft spot in my heart. Anyone who lived here before the 2000s remembers this mall for its ice skating rink. I knew I was not going to be the next Kristi Yamaguchi, but that didn’t stop me from spending my summers at ice skate camp here. Sadly, newcomers to Memphis will never experience the joy of ice skating at this Memphis gem.

The Memphis bicentennial is not only a celebration but also a time to reflect on the growth and changes (good and bad) of the Bluff City. I’m proud to see the direction the city is moving. Though malls are not the enjoyable destinations they once were, I’m glad to see the next generation of children have several opportunities to experience the city and create childhood memories, such as strolling along the Greenline or catching a free concert at the Levitt Shell.

While Memphis has changed a lot over my lifetime, there are still several other spots around the city that offer the same recreational activities today that my family enjoyed when I was a child. If you haven’t tried any of these, I highly recommend them:

Is it just me or doesn’t it seem like most of the people you meet have grown up here or have been here so long they call it home? I’ve found that even folks who move away at some point – for college or career – find their way back home to Memphis eventually. And those who can’t be here pine for it and stay connected any way they can. Perhaps it’s our city’s comfortable and hospitable ways. It’s a warm blanket in dead winter or the cool side of the pillow in the thick of summer — however, you want to look at it. For me, there are so many elements that made my childhood days in Memphis so special. Here are just a few:

A favorite destination: Seriously, is there anything more Memphis than Libertyland? Some of 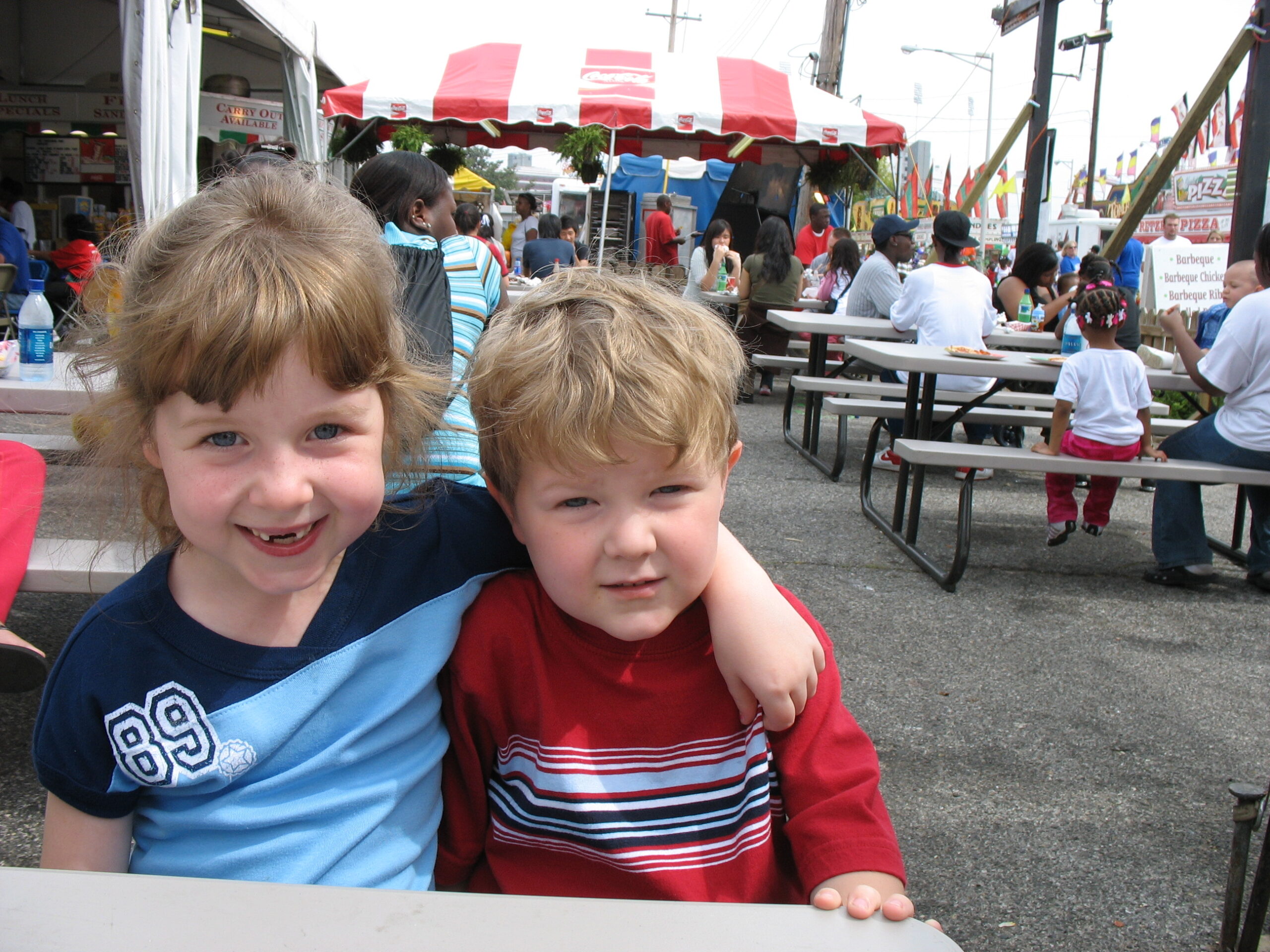 my earliest childhood memories happened at this mystical place. My big brother introduced me to the Zippin Pippin (an old wooden roller coaster, for you Memphis newbies) and the Revolution (also a roller coaster, but snazzier). Those were my first thrill rides, and I’ll never forget the feeling of losing my breath going into each steep drop or sharp turn. Pronto Pups with extra mustard for lunch and funnel cakes for dessert were always our chosen fair fare. And when the weather cooled and time for the Mid-South Fair arrived, it was like winning the lottery – the midway and Libertyland open all at once for every childhood wish. I was there on those grounds every year until they closed. P.S. Anyone remember the log ride?

Some usual haunts: As a younger child, my mom would take us to the Goldsmith’s on the Main Street Mall in Downtown Memphis to buy our Easter dresses every year. I think it was at Wilson World Hotel near the Mall of Memphis where I first saw and swam in an indoor pool. And speaking of the Mall of Memphis, I have so many memories of ice skating at the indoor rink and eating Sbarro Pizza thinking it was a piece of heaven. And if you spent any of your tween years in the Memphis area in the 80s, I’m sure I passed by you on wheels at East End Skating Rink on any given Friday night. It was THE place to be and be seen. I can hear Erasure blaring out now.

A most special memory: In the early 90s, Ray Charles was playing at the Orpheum. One of my dad’s all-time favorites, Ray’s concert made the perfect birthday gift for him in the form of two really good tickets, by teen standards. I saved my money (through babysitting or a part-time job, I’m sure) to purchase them. It was probably my first trip ever to the Orpheum, and it was certainly a special dad-daughter moment to see the late, great performer on one of Memphis’ most beloved stages.

I could spend pages recounting how Memphis shaped so much of my childhood. But I’m eager to hear some of your best memories! Leave us some comments below.