That’s a great question! Who are the fabulous people who make up the Obsidian team? This week we aim to answer that by giving you a better idea of who we are and a little insight into our lives. 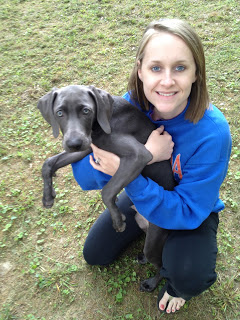 Pete & Sam’s Italian RestaurantFavorite thing to do in Memphis:

Go get donuts at Gibson’s at midnight!

What is your favorite cause?

The Tim Tebow Foundation andWeimaraner Rescue of the South

How old were you when you got your first cell phone? 16

Favorite pastime: Catching up on the numerous TV series my husband and I start watching and must complete.

If you could go back in time and live during a different era, which would you choose?

What was your first paying job?
Harding Academy Early Childhood after school care. I worked in the 2-year-old classroom and changed lots of diapers.

If your life had a soundtrack, what song would you pick for it?
“Red Red Wine” (Kidding!)

What TV show are you embarrassed about watching?
“Pretty Little Liars” (I had to watch it because Lucy Hale (Aria) is from Memphis!)

What was the first concert you went to see?
Elton John at the Pyramid when I was in the fourth grade. It was awesome.

If you were an Olympic athlete, in what sport would you compete?
Badminton. I grew up playing with my dad and my granddad, who was a decorated badminton champion.

What is the most disgusting thing you have ever eaten?
Tomatoes! Barf! And Sushi. Double barf!

If you could have a drink with someone from history, who would it be?
This person is still alive but, Sir Richard Branson. Only because it would probably be the coolest drink ever, on the coolest airplane ever, traveling to the coolest place ever.

If you could live in any other country for two years, where would you go?
The United Kingdom