The only man among the women of Obsidian, Thomas Whitehead is an integral part of our team, offering valuable insight for our clients and the firm as a whole. He leverages his interests for the good, and you should take time to get to know him! 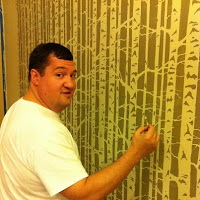 Favorite thing to do in Memphis:
Going to Grizzlies games and Barbecue Fest

What is your favorite cause?
Mentoring

How old were you when you got your first cell phone?
Probably older than the rest of the office – 22.

If you could go back in time and live during a different era, which would you choose?
I would be very curious to go back to the 1960s to see how society adjusted to itself, as well as how it was handled in the media back then.

What was your first paying job?
Sandwich Artist at Subway

If you life had a soundtrack, what song would you pick for it?
“Via Chicago” by Wilco

What TV show are you embarrassed about watching?
Greek

What was the first concert you went to see?
The Monkees

If you were an Olympic athlete, in what sport would you compete?
Half-marathon – setting the world record for slowest time.

What is the most disgusting thing you have ever eaten?
Sea urchin. I had a bad experience with it once even though I love sushi.

If you could have a drink with someone from history, who would it be?
Bill Clinton

If you could live in any other country for two years, where would you go?
Italy