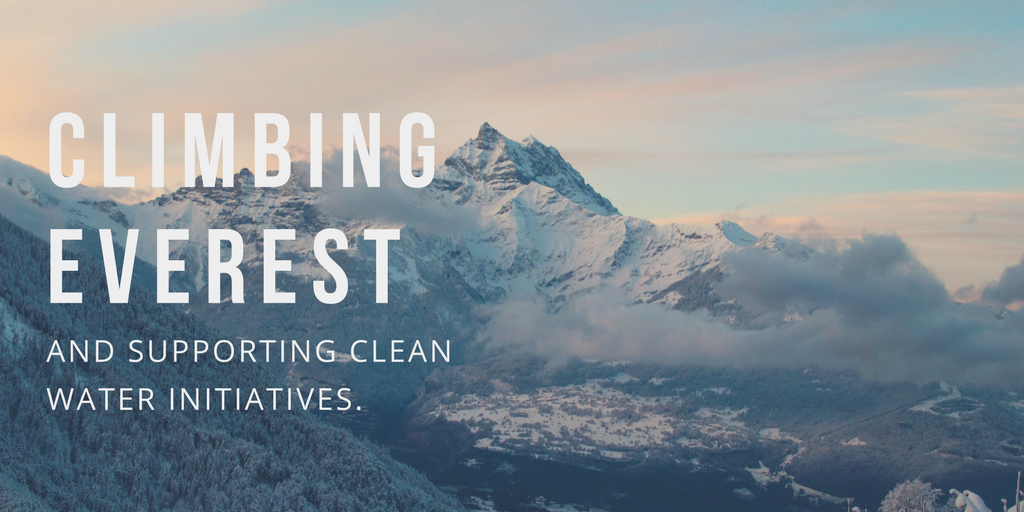 There’s a lot to be said for people to step out in faith and work hard to achieve goals. We’re fortunate enough to work with these people every day, as we represent business owners and nonprofit leaders who have taken dreams and put them into action. Tom Lawrence is one of those people. He’s an attorney by trade who created an incredibly successful company, Benefit Recovery Group LLC., that provides health care subrogation services to some of our nation’s largest businesses.

But, it’s his aspirations outside of the office that we want to share with you. Tom has always undertaken athletic challenges, including representing his university as a collegiate athlete. In the professional world, Tom met another lawyer in San Antonio, Texas, who, upon learning of Lawrence’s athletic background and love of a challenge, encouraged him to look into mountaineering as a sport.

Never one to shy away from a challenge, Tom set a long term goal of conquering the Seven Summits – reaching the precipice of the tallest peak on each content. As a young father, Tom knew this goal was a few years in the making.

To keep up his physique and stamina, Tom trained in CrossFit gyms until 2016. When he was ready to begin his climbing regimen that included hiring a coach – Scott Johnston with Uphill Athlete – to help his body become more fat-adapted and able to perform more efficiently for longer periods of time.

Lawrence summited the highest peak in North America – Denali – in June 2017 as part of his quest to conquer the Seven Summits. As he descended, he had his sights set on an even greater challenge – Mount Everest.

Tom arrived in Nepal late last month, and will begin his Everest ascent in the coming weeks. As if simply reaching the world’s tallest point isn’t aspirational enough, Tom decided to add a philanthropic purpose to his climb.

Tom’s partnered with Waterboys, a nonprofit organization that supports clean water initiatives by building wells in East African communities. Tom wants to fund the building of a well that will serve nearly 7,500 people, and he’s using his climb to help raise the nearly $45,000 needed to make it happen.

Obsidian was inspired (how could we not be), and we want to ask for your help. We’re willing to match donations made by our followers to support Tom and his efforts. Will you consider donating to Tom’s fund today?