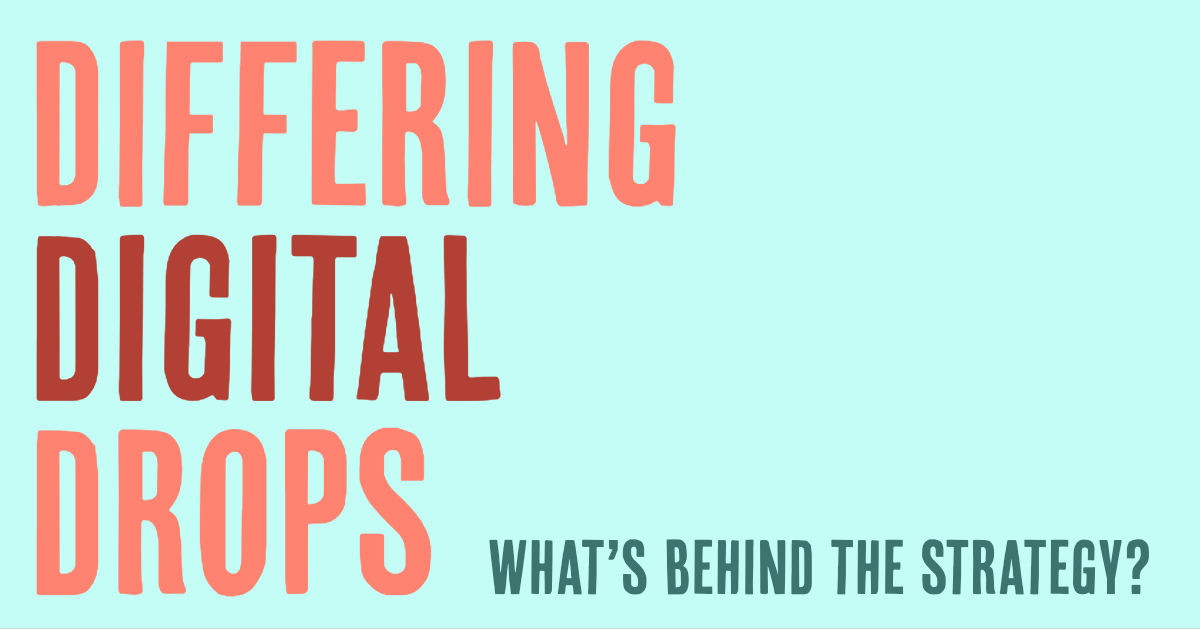 I’ve reached a point in my digital consumption where the options on Netflix, Hulu, Amazon Prime and HBO GO no longer feel endless. I’m more interested in new season drops of shows in which I’m already invested. Within the past few months, three of my favorite shows released new seasons – Stranger Things and Mindhunter on Netflix and The Handmaid’s Tale on Hulu (and yes, I sprinkle in some Great British Baking Show to bring a little joy into my content universe).

As I was thinking about the three drops, I realized that they were entirely different but still successful. So, I developed some hypotheses about the communication strategy behind each.

If you engage with pop culture, the news or consumerism in the United States, then I cannot fathom that you missed the drop of Stranger Things season three on Netflix. Major brands got on the promotional bandwagon, including Nike, Baskin-Robbins and Burger King.

The season dropped on a major national holiday where many families traditionally spend time outdoors. And while my family did enjoy some time on the lake, we also ate burgers and watched three episodes of Stranger Things. Apparently, my family was not unique – Netflix self-reported record viewership for the show’s premiere over the four-day Fourth of July holiday weekend. Our Founding Fathers would be so proud.

It begs the question – why put so much behind a show that is already beloved? I’m sure megabrands wanted to capitalize on the success of the show and its cult-like following, and Netflix would be foolish to ignore that interest. The show plays well into today’s love for nostalgic items, and it made sense both for brands and for Netflix to integrate. I also think it has to do with the increased time between season releases. We waited one year between seasons one and two and nearly two years between the second and third seasons of the show. Attention spans are short, and memories fade. Netflix wanted to remind viewers of the characters, town and story they love.

Mindhunter – an ode to the Beyoncé midnight album drop

Nathan and I have been eagerly anticipating the release of Mindhunter season two. We watched the first season the month it dropped – October 2017. About once a month, we’d scroll past the listing for season one on Netflix and admire the “new episodes coming soon” designation. It happened so frequently that we thought the day may never come, until one Sunday afternoon when we saw a new season was released two days prior. WHAT?!

Produced by the likes of David Fincher and Charlize Theron, Mindhunter is an artistic look at the development of the FBI’s Behavioral Science Unit. You watch as agents and scientists collaborate to develop the criminal profiling that police forces use to identify and catch dangerous criminals today by interviewing some of our country’s most infamous serial killers. It’s captivating and universally praised (98% on Rotten Tomatoes). So why did Netflix drop the second season with such little pomp and circumstance?

I have my theories. It’s hard to promote a show that’s not only dark, but is also based in reality. While the FBI agents you follow are fictional, criminals they interview are real, and the script was written using actual prison interviews from the real-life perpetrators. While this is fascinating to certain audiences, I doubt moms would be thrilled for their children to see images of inmates flash across the screen when they open the Netflix app. Also, true crime is a flourishing industry, especially in other digital spaces like podcasting. Several true crime podcasts I subscribe to discussed the new season release this week because they’re personally interested and know their audiences will be, too. I think Netflix relied on these free avenues to attract the right audience at the right time. And I don’t think it’s a bad move.

The Handmaid’s Tale is the screen version of Margaret Atwood’s best-selling novel by the same title. The show is heavy and eerily reminiscent of atrocities we’ve seen around the globe throughout the course of humanity, but set in our modern world.

Hulu has a different distribution model than Netflix. Though this show is a Hulu original and could be dropped as a whole season, Hulu drops one episode per week. Sure, if you come late to the game, you can binge past seasons, but if you’re current, you can’t get your fix in the course of a long weekend.

Hulu has been asked about this strategy in the past, and their answer is simple – they want to create conversations around individual episodes of the show, and committing to one episode per week allows more viewers to connect about the show over a longer period of time. Think about it. How many times have you wanted to discuss the new season of a show with co-workers, but you can’t because you’re all on different episodes? Weekly episode releases allow viewers to have ongoing conversations over several weeks rather than one big download once everyone’s finished watching. It’s smart – because episodes only drop once a week, it doesn’t feel too daunting to start. If your friends start talking about the show and you want to join in, you feel like you have time to get caught up.

I have to say, I really enjoy this style of content distribution. My sister and I had weekly phone calls about each episode, and it was nice to plan a conversation with her once a week about something we both enjoy. And, it was cozy coming home on Wednesdays knowing I could watch my favorite show before I started cooking dinner.

What’s your favorite style of distribution? After thinking about it, I prefer the weekly drops and the surprise drops to the ultra-hyped releases for a few reasons. First, a surprise release is like waking up in the middle of August to find a Christmas tree stocked with presents. There are no expectations; there’s only delight. Hype gives you time to build up expectations and increases the likelihood of disappointment. Weekly episodes promote moderated TV watching and allow for ongoing conversations about content, which I thoroughly enjoy.