Yeah, I’m a little late to the party. In fact, I think I’m even late for the after-after-party.

The Netflix juggernaut Stranger Things debuted in summer 2016, which means we’re almost a year and a half to the day from that premiere. For that long, I have sat on the sidelines and watched the cast enchant the world. I’ve dodged social media spoilers like a secret agent and used my hand earmuffs to shut out any office small talk about the series. Why? One day, I too would get to bask in its most cosmic joy. I didn’t want to be compromised.

So the gift I gave myself this year was time – a most precious gift. And I spent that time binging on this TV delicacy. I tore through season 1 in two days like a kid-crazy Christmas morning. I’m now on season 2, episode 4. As I write this, I’m conspiring on how to steal more time away from daily life to dive back into their world and see if that pollywog creature is really what I think it is. Oh, please don’t let it be.

When the reminder popped up in my inbox about this New Year post I would pen, it was an easy choice to make my new obsession central to the theme. New Year’s topics gravitate to renewal, rejuvenation and rebirth — all of the “re’s” you can think of. And that’s exactly how this show is making me feel. I’m no longer a mom of four or a business owner with the usual mental burden of a typical 42-year-old. No. I’m an idealistic 8-year-old in 1983 listening to Mr. Roboto, watching Love Boat, playing Pac-Man and biking around town with a freedom usually lost by adulthood. I’m still me; just a better version of me.

So while it’s sort of random that my binge happened on New Year’s, it couldn’t be more perfectly timed for me to rev me up for 2018 (yep, another “re” word). Honestly, this is more of a note to self than any kind of encouragement piece for others. But if you can derive some kind of benefit from my self-reflection, then that’s merely a bonus.

Warning for those of you who aren’t completely caught up on this series, spoilers are lurking.

Find your joy and squeeze it tight. There’s a scene in the first episode where we meet our four friends. They’re in Mike’s basement playing a marathon Dungeons & Dragons 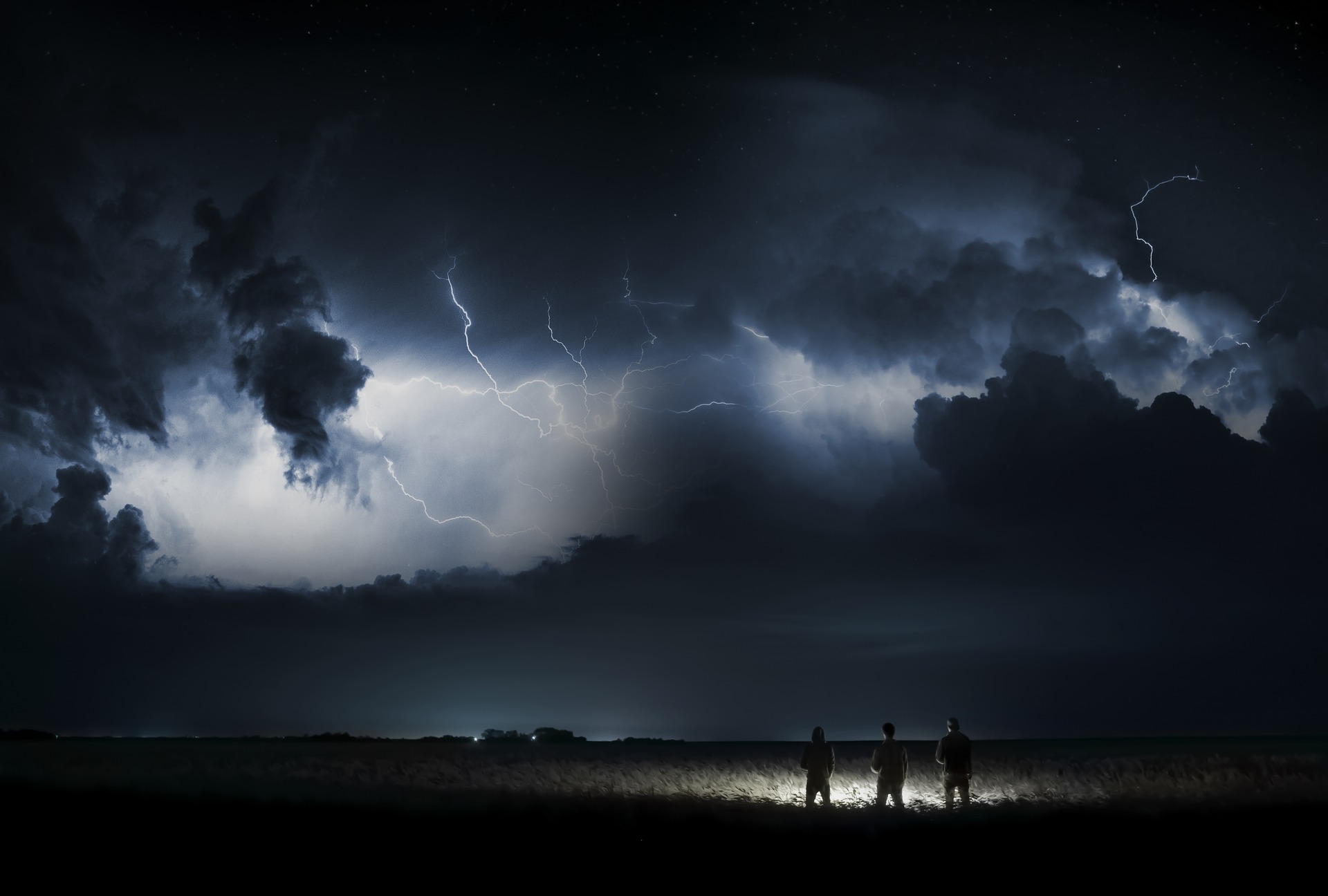 campaign. They are immersed in it, feeling every emotion as if the Demogorgan were actually breathing upon their backs. It is unadulterated joy. It is an effervescence that has a tendency to evaporate as we age and enter various stages of adulthood that tell us how we’re supposed to act or what we’re supposed to love or care about. These kids are living the dream in a way that we all should – unapologetically soaking in every last drop. They don’t even realize it. They’re just living. If we could hold on to that in all aspects of our life – be it hobby, family or career – there would surely be much more happiness and fewer regrets to harbor.

You are awesome and who cares what anyone else thinks. Elements of this mantra float throughout the series – being true to yourself and being comfortable in your own skin. But perhaps no symbolism is more poignant to me thus far in the series than the Halloween episode (Trick or Treat, Freak). Dustin – who wins my award for zero cares given AT ALL – is putting on his Ghostbusters costume for school. And yep, no detail has been spared. He has his proton pack and his ghost trap at the ready. He meets up with the crew at school, and to our heart’s delight, they’re all matchy-matchy. (It seems their costumes were homemade. If so, parent-of-the-year awards to them all.). Quickly realizing they are the only ones who dressed up for Halloween, they have to suck it up and own it all day long. As a matter of fact, that’s their way – they own who they are and don’t apologize for it. Later that day, Dustin – eager to make new friends with new girl Max – invites her to join their trick-or-treating party that night. His unabashed optimism and confidence are so bright and shiny despite her barbs and resistance that it puts most of us to shame. Dustin for president, y’all. Seriously.

Keep up the good fight. Will’s mom is one strong woman. It physically wears me out to watch what Joyce goes through, and Season 1 sees her endure perhaps the most awful thing any parent could. Barriers continue to be thrown her way (feels like more at her face) in her efforts to save her son. From the basics like “out of money and I need to buy a phone and more Christmas lights” to the more elaborate like “a monster is clawing its way out of my walls,” this lady is battling it at every single side. 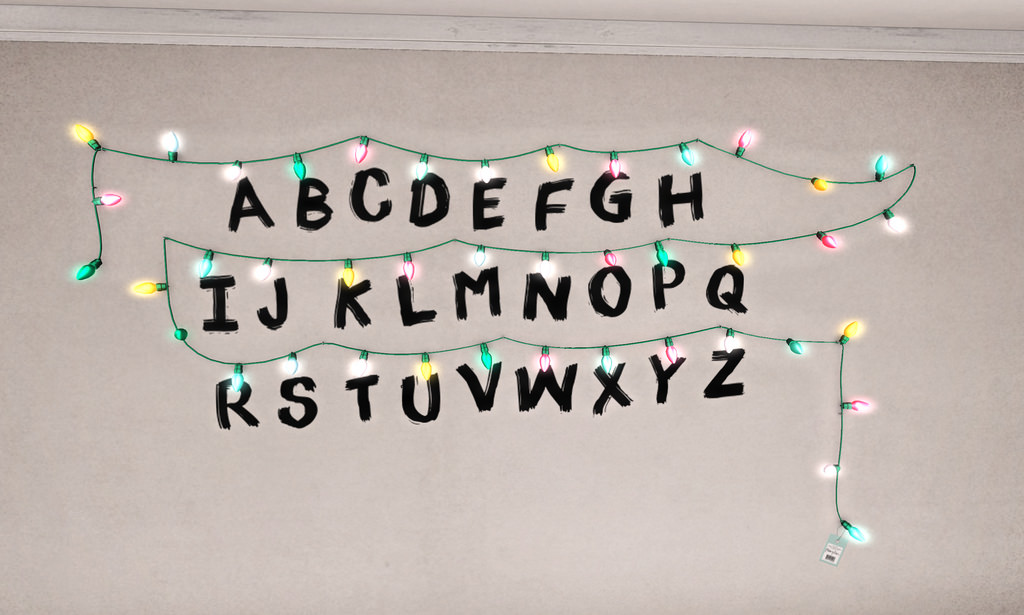 What remains constant is her laser focus to bring back Will. Joyce is unfazed by those questioning her sanity. She won’t let authority dictate what she believes to be true and right. And @#!* that monster. To steal a line from John Wick, she is a woman of “focus, commitment, sheer will.” What challenge can stand against that type of force? Not many.

Have no fear (or more like “have fear, but do it anyway”). As someone who avoids scary movies and even trailers at all costs, I find it ironic my absolute love of this series. Fear is around every corner and behind every wall (sometimes literally). Fear of loss. Fear of the unknown. Fear of abuse. Fear of the dark. Fear of failure. And yes, fear of the monster. Despite the overwhelming abundance of chill-inspiring things, bravery abounds, especially in the younger characters. I’m left constantly in awe of their ability to face fear head on to save Will or to help Eleven or uncover the mystery at Hawkins. When Jonathan and Nancy prepare the Byers’ home for something wicked to approach, I actually felt frozen in fear for them. These same fears lurk in our own daily lives, albeit different shapes perhaps than the Upside Down fiend. It is the embracing of the fear that must happen for us to vanquish it.

I could go on, but I have more episodes to watch! How refreshing, though, that this brilliant tale of a group of friends in an Indiana town in the 1980s could be so inspiring. Strange indeed.